Whitetail season is a year-long commitment. It centers on dedication, passion and knowledge. Luck may be on your side some seasons. But why hope for luck when you can make your own? Success in the stand starts with solid nutritional action that keeps the bucks coming in close all year ‘round.

In the summer/early fall months, it’s all about the Scout phase.

Scout is aptly named for this season’s top priority: scouting the deer and getting those big bucks right in front of your trail camera. We’re talkin’ June all the way up to November. This phase centers around the Rack One supplement called Amped, which was designed to drag those monster bucks out of the woodwork and put ‘em where you want ‘em. Combine Scout with Big Game Peanut Butter for a one-two punch of nutrition and flavor. Your cameras will see more action than the Hollywood red carpet.

The Rack One system was developed by Chris and Casey Keefer: two redbearded brothers with a robust history in the outdoor industry. With shows like Dropped and Rival Wild, these two know a thing or two about deer, to say the least. Chris Keefer said he and Casey developed Rack One specifically for deer and what is best for their specific makeup. 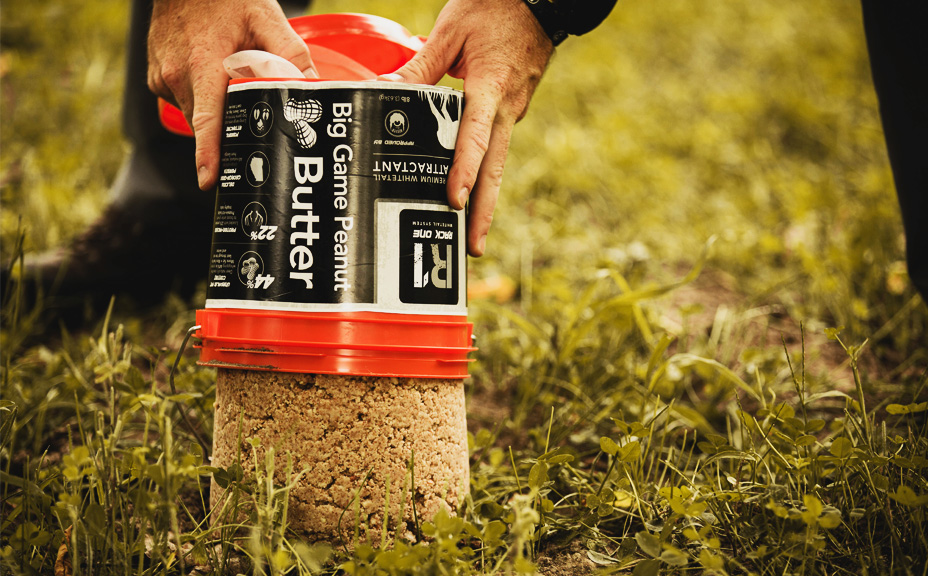 “Amped—the food source that is used during the Scout phase— is scientifically formulated for a deer’s stomach and digestive track for this summer time of year,” said Chris Keefer. “Deer are used to the summer and eating all plants, which are soft and green. There’s nothing in their diet at this point that is hard, so the deer need something that is light in their stomach. As the seasons switch, you gradually wean deer off the soft plants and more into the hard stuff. Amped is ground to a finer consistency because the deer are accustomed to eating softer food sources during the Scout season of summer.”

Amped is great because the deer can actually digest it. Like cattle, deer are ruminants, which means they have two stomachs. The ingredients in every component of the Rack One system are made so the deer can hold the protein in their system.

“At this point in the season, you’ve gone through the Grow phase, and now you’re about to kick into your Scout phase,” Keefer explained. “You’ve give the deer their daily dose of minerals, and they’ve got the nutrients they need. In the beginning of the season, everything goes to the antlers first, and the body second. It takes so much nutrition to grow those antlers, and once they reach their max potential, it goes to their body…so Amped is all about getting those nutrients into their system to get them bulked up for the rut coming up quick in the fall.”

Plus the taste of Amped—and Big Game Peanut Butter— is something the deer love. Keefer said he has footage on his own trail camera of deer stepping over food sources like corn and apples to get to Amped.

“Think of it this way: If you are used to eating hamburger, then someone puts down a filet mignon, chances are you’ll eat the filet mignon, right? Amped is like that for deer,” Keefer said. “Think of it as a high-end meal for whitetail, balanced with the nutrition they need to bulk up. This is a high-end meal at this time of year. When you put this out in front of a trail cam, deer are going to be like, ‘Wow, where has this been?’ ”

To use Amped, distribute the food about 15 feet in front of trail cam. Spread out the entire bag, and refresh it every time you go to check on your card or batteries.

The deer will come. They will eat. They will bulk up. You’ll get the pictures. You’ll see their patterns. So when fall comes around, those bucks will be monsters that will cross your path in no time.

For more information about Amped and the complete Rack One system, visit huntrackone.com